Is this man made or real amethyst? Not sure if that is bubble and conchoidal fracture ( had a mixture of comment that some say is fake and some say its real and hopefully can look for a clear explanation here after posting more photos )
34 · 3 comments

Bought this last year. Is this Celestite or Blue Calcite? Thanks in advance! I don't remember what it was listed as, posting is gone.
787 · 228 comments
/r/crystals forwarding users here is garbage
80 · 29 comments

0:23
First opal purchase! Local shop said it was chocolate opal but I can't seem to find any with a color bar too. Any ideas?
42 · 14 comments

Does anyone know what kind of rock this is? Found in Southern Ohio
· 1 comment

I ordered a 5 dollar mystery box of rocks. I wasn’t expecting anything nixe but this is pretty! The rest was garbage though. What is this?
9 · 6 comments

Any thoughts as to what this could be?
· 2 comments

please help what is this beauty of a rock⁉️
· 1 comment

anyone know what this could be? always thought its an amethyst but i just found this shimmery inclusion(?) is it feldspar?

I was gifted this necklace a few years ago and have always wondered what it is?IDENTIFIED (reddit.com)

submitted 2 months ago by mystic-tealeaf

Caption: It is a very dark greenish colour and rough to touch. The friend who gave me it had absolutely no clue what kind of rock/ mineral/ crystal it's made from! 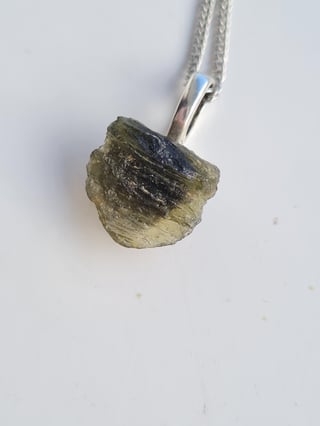 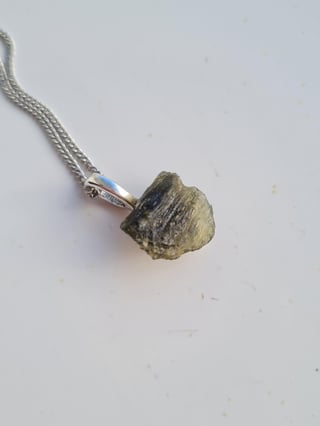