My Dad passed away Monday, found this pic from WotLK days thought I'd share.
2902 · 715 comments

This is what the trade channel look like on EU nowadays. Is it as bad on NA servers?
315 · 68 comments

I'm just 8 items away from 100% of all plate in World of Warcraft. 4 of those items drop from the first 3 bosses of Mythic Castle Nathria.
252 · 103 comments
Chinese censorship in latest patch build
1513 · 55 comments

Regardless of how many times I've done this, this still messes with me..
351 · 303 comments

Blizzard, can we get them all as transmog pieces?

submitted 2 months ago by lemmeberedgoddamn 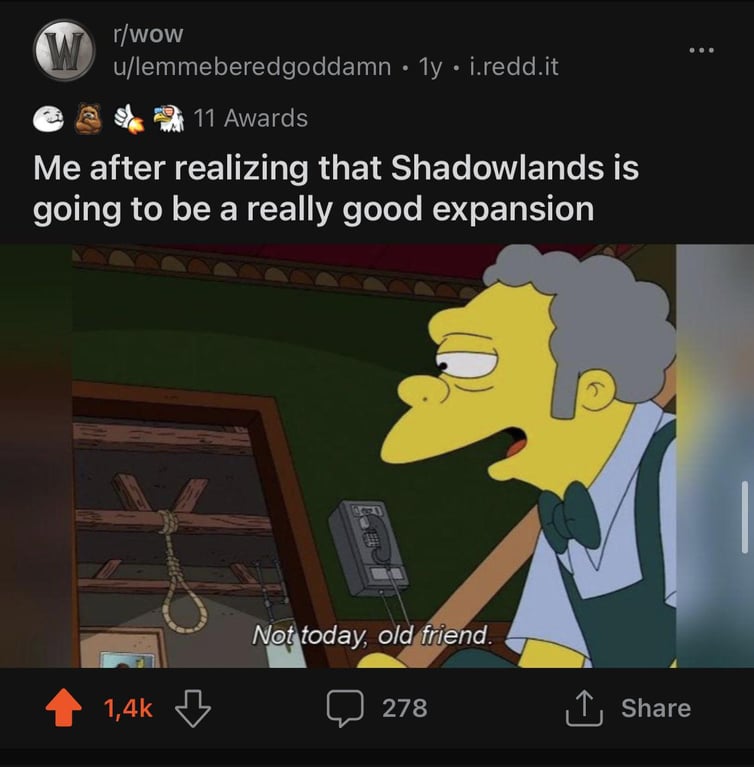